Best Months To Sell A House In Florida – If you are in Florida, chances are that you spend much of the year bathing under the Floridian heat. Perhaps at this moment however, you are planning to move to a new state; somewhere colder than the norm. The only problem is, what to do with your old house. It is fine if you leave it as is, just in case. However, if you are looking to sell it anyway, here are some of the best months in a year for you to sell your house.

Homes in Florida are reportedly selling at a rapid pace in May. This is reportedly due to people having tax refund checks in their person. In case you are wondering, you can get tax refund checks if your house has been your primary residence for at least two years out of the previous five years prior to the sale.

According to the online real estate website “Zillow”, homes listed within the first 15 days of May were sold much faster than the average. Such homes were sold with an additional premium of 1,700 US dollars, more than those listed on other months. In an interview by The Huffington Post, Svenja Gudell, chief economist of Zillow, was quoted: “There’s a low supply of homes for sale this year, which has increased buyer competition. 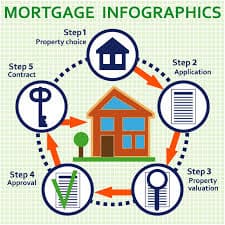 Therefore, home shoppers who start their search in early spring may not be able to secure a house as quickly or easily as they’d hoped. By May they’ll be anxious to find a home before the next school year – and will be more willing to pay a premium to close the deal.”

Another reason for the relative popularity of May is that some house sellers could actually be parents of middle-aged school children. This means that they have possibly decided to move elsewhere in the spring or early summer, and that they are bringing their kids alongside them. This way, they could focus less on the housing sales afterwards and more on their personal matters.

If you missed your planned sale in May, you may opt to do so in June. This is applicable especially for anyone residing around the Tampa Bay Area, also known as the Tampa-St. Petersburg–Clearwater Metropolitan Statistical Area (MSA). Sellers along the Tampa Bay MSA only have an average of 0.7 percent above the estimated market value. This data is gathered from sales of each single-family home worth 420,560 US dollars and condominiums from the year 2011 to 2017.

However, sellers from Sarasota, Florida have an average of 0.8 percent above the market value in the same month. The median price is 116,900 US dollars and based on more than 68,000 sales. In effect, Lakeland only performed slightly better than Tampa Bay MSA.

If you do plan on selling your house in Florida, it is best to do so on springtime, particularly in May or June. You will not only get bigger premiums, but also that you are almost guaranteed to have better sales. So plan your sale accordingly, time the market right, and then move on to your next destination with a peace of mind.

Get Your Fair Cash Offer: Start Below!